General Session on Standards for Preparing Teachers of Mathematics

Meeting the Standards for Preparing Teachers of Mathematics:
What Will It Take?

This Thursday afternoon General Session features a panel moderated by Kathryn B. Chval, University of Missouri.

This session will provide opportunities for participants to discuss Candidate Standards with writing team members. A panel discussion will set the foundation for working group time. The panel will engage with participants to support implementation efforts at institutions. 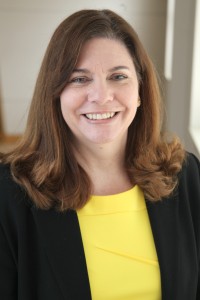 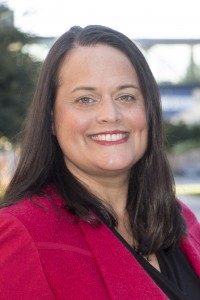 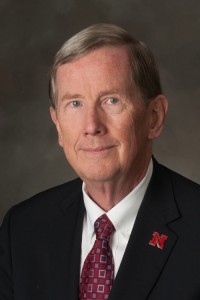 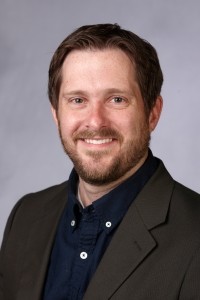 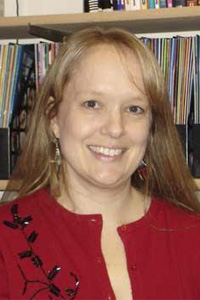 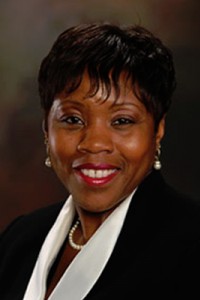 Kathryn B. Chval, University of Missouri ▼

Kathryn B. Chval is the Dean of the College of Education at the University of Missouri. She is a Professor of Mathematics Education and holds the Joanne H. Hook Dean’s Chair in Educational Renewal. Prior to joining the University of Missouri in 2003, Kathryn was the Acting Section Head for the Teacher Professional Continuum Program in the Division of Elementary, Secondary and Informal Science at the National Science Foundation (NSF). Kathryn worked at the University of Illinois at Chicago from 1989-2001 as the co-Director on mathematics curriculum development projects and systemic change projects funded by NSF. She has received more than $20 million in funding as a PI or Co-PI including the Center for the Study of Mathematics Curriculum, Researching Science and Mathematics Teacher Learning in Alternative Certification Models, and All Learn Mathematics. Additionally, she is the recipient of the prestigious NSF Early Career Award and the Association of Mathematics Teacher Educators (AMTE) Early Career Award.

Julia Maria Aguirre is an associate professor of education at the University of Washington Tacoma. Her work examines issues of equity in mathematics teaching and learning, teacher education, and culturally responsive mathematics pedagogy. A primary goal of her work is preparing new generations of teachers to make mathematics education accessible, meaningful and relevant to today’s youth. She has taught middle and high school mathematics in formal and out-of school settings. She has been a co-principal investigator on three National Science Foundation funded projects: Center for the Mathematics Education of Latinos/as (CEMELA); Teachers Empowered to Advance Change in Mathematics (TEACH MATH); and Mathematical Modeling with Cultural and Community Contexts (M2C3). She is a co-author of the book, The Impact of Identity in K-8 Mathematics: Rethinking Equity-based Practices (NCTM, 2013). She was a co-chair of AMTE’s Equity Task Force (2014-16) and writer for the AMTE Standards for Preparing Teachers of Mathematics (2017).

Jim Lewis is Acting Assistant Director for the National Science Foundation’s Education and Human Resources Directorate and the Aaron Douglas Professor of Mathematics at the University of Nebraska-Lincoln. Lewis was chair of the writing team for The Mathematical Education of Teachers II, co-chair of the National Research Council committee that produced Educating Teachers of Science, Mathematics and Technology: New Practices for the new Millennium, a member of the AMS Task Force that produced Towards Excellence: Leading a Doctoral Mathematics Department in the 21st Century, and a member of the NRC Committee that produced Preparing Teachers: Building Evidence for Sound Policy. In 2015, Lewis received the Mathematical Association of America’s Gung and Hu Award for Distinguished Service and the American Mathematical Society’s Award for Impact on the Teaching and Learning of Mathematics.  He received his Ph.D. in mathematics from Louisiana State University.

Travis Olson is an associate professor of mathematics education at the University of Nevada, Las Vegas. He is interested in mathematics structures within middle grades mathematics, as well as ways in which teachers conceptualize and connect mathematical ideas. Currently, he is working with colleagues to examine ways in which middle grades mathematics teachers reason through curriculum materials; this work is supported by funding from the National Science Foundation.  In addition to journal articles and book chapters, he has co-authored Putting Essential Understanding of Ratios and Proportions into Practice in Grades 6-8 (NCTM, 2015) and the Standards for Preparing Teachers of Mathematics (AMTE, 2017).  He has received numerous grants through the Nevada Department of Education Mathematics and Science Partnership Program and the Nevada Collaborative Teaching Improvement Program through the U.S. Department of Education.  For AMTE, he has served on several committees.  He has also provided service to NCSM and NCTM.

Nicole Miller Rigelman is a professor in the Department of Curriculum and Instruction at Portland State University and currently teaches mathematics education courses for preservice and in-service teachers. She serves on several state mathematics advisory boards and is an active member of both AMTE and NCTM. She recently finished her term as secretary for AMTE's Board of Directors and served on the writing teams for the Standards for Elementary Mathematics Specialists: A Reference for Teacher Credentialing Programs and the Standards for Preparing Teachers of Mathematics. She was recently appointed as AMTE's Associate Vice President of Membership. Her teaching and scholarship focus on the professional preparation of elementary teachers and teacher leaders/specialists.

Marilyn Strutchens is an Emily R. and Gerald S. Leischuck Endowed Professor, Mildred Cheshire Fraley Distinguished Professor, and coordinator of secondary mathematics education at Auburn University, Auburn, AL. Her research focuses on equity issues, clinical experiences for secondary teacher candidates, and teacher change in mathematics education. Currently, she is a member of the National Council of Teachers of Mathematics Board of Directors, an Advisory Committee Member of the National Science Foundation’s Directorate for Education and Human Resources, and an Advisory Board-Member for the AAAS initiative --Stimulating Research and Innovation in STEM Teacher Preservice Education, funded by the NSF Robert Noyce Teacher Scholarships Program. Dr. Strutchens served as president of the Association of Mathematics Teacher Educators (2011 -2013) and a member of the Executive Board of Directors for the Conference Board of Mathematical Sciences (2012-2014). Recently, she received the 2017 Judith Jacobs Lectureship from the Association of Mathematics Teacher Educators.