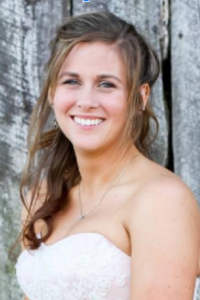 Stephanie Casasanta has been teaching for 7 years.  Originally she planned to go into business, and got a Bachelor’s Degree in Decision Science from Old Dominion University. During her senior year, she discovered her passions lied elsewhere, so she decided to go back to school.  She got a Master’s Degree in Elementary Education from George Mason University. In 2013 she began her career as a fourth grade teacher in Woodbridge, Virginia in Prince William County Schools. After three year, she crossed the border to teach sixth grade in Manassas City Public in Manassas City, Virginia. Two years later, she moved once again to teach sixth grade math in Culpeper, Virginia at Culpeper County Public School. After a year in that position she was moved to the Algebra Readiness teacher, where she works with sixth through eighth grade.

Throughout her career, Stephanie has had a passion for math. She served on the math committee in Prince William County, and later took a yearlong professional development on how to bring technology into her classroom, focusing on how to incorporate it into her sixth grade math centers. As her career developed she wanted to be able to help even more students, than just those in her class, and also help her co-teachers. She began to explore ways that she could do that, and decided that becoming a Math Specialist was the best way to accomplish these goals.