Candidate for Board Member-at-Large

Director of the OHIO Center of Equity in Mathematics and Science, Assistant Professor of Instruction 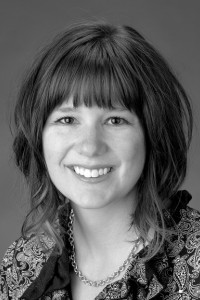 Participation in AMTE and/or AMTE Affiliates(s)

I currently serve on the newly-formed AMTE Member Task Force. I have also served the organization on the Awards Committee (2011-2015), serving as the Chair from 2013-2015. In addition, I have served on the Annual Program Committee (2015-2018). I have always prioritized AMTE over other mathematics education organizations, and I believe that I have attended the annual conference each year since I first attended as a graduate student in 2008.

Since moving to Ohio in 2014, I have been actively involved in several state level organizations in elected positions. I was recently elected as the Vice-President (Elementary) of the Ohio Council of Teachers of Mathematics, an organization of 3000+ members, with an annual state conference of approximately 1200+ attendees. I previously served as the SouthEast District Director (also an elected and voting Board Member) of the organization, which I had served since 2014. In addition to my elected role, I have worked on annual OCTM conference committees, including serving as registration chair for 2 OCTM conferences, and volunteered at the registration table at several more.

Qualifications for the Position

I am sincerely interested in being part of the AMTE board as the At-Large Board member. As stated above, I have prioritized attending and presenting at AMTE, and I appreciate the contributions that AMTE has made to my professional development. I believe that I can contribute to the organization by serving in this role, and I can meet all of the responsibilities as outlined for this position.

My scholarship centers on issues of equity and justice in PreK-6 mathematics teacher education, specifically related to critical approaches to teaching mathematics. As such my research interests are particularly aligned with AMTE's strategic priority 1: Explore multiple avenues for AMTE members to recognize and address inequities, building toward equitable practices.

My work is grounded in my experiences as a former public elementary and middle school teacher in culturally, linguistically, and economically diverse communities. As a teacher in Fairfax County, Virginia, I was afforded many rich professional development opportunities (e.g., Cognitively Guided Instruction training) that allowed me to grow as a teacher, teacher leader, and curriculum writer. I earned my master’s degree at George Mason University while working as Title I mathematics coach from 2003-2005. I earned my Ph.D. at the University of Wisconsin-Madison in 2010 as a Diversity in Mathematics Education (DiME) Fellow.

In my current position, I serve as the Director of the OHIO Center for Equity in Mathematics and Science (OCEMS) and I am a faculty member in the Department of Teacher Education in the Patton College of Education at Ohio University. As the Director of OCEMS I work extensively in classrooms with teachers and administrators in public schools on mutually beneficial professional development projects and in communities with families in the Appalachian region of Ohio and beyond. Much of this work focuses on child-centered and equitable and just approaches to teaching elementary mathematics. I also work on several large multi-institutional partnerships, including one large NSF funded research project.

AMTE can continue to improve to better understand the needs of all AMTE members, with a particular focus on groups that may have been marginalized, such as faculty of Color, practice-track faculty, and school-based mathematics teacher educators. This will allow us to better serve our members and continue to be the most relevant organization for mathematics teacher educators. AMTE is thoughtful about this, but we can continue to improve. This is important because historical and present-day systems of privilege and oppression are always operating and we need to be proactive. A strategic priority might be framed as: Be responsive to our most underserved and marginalized members.

A second important goal AMTE could work towards is becoming the first place mathematics teacher educators turn to look for and to share research- and practice-based MTE tools. For example, I often see MTEs posting on social media looking for a specific resources to use with teachers in professional development settings or with teacher candidates in courses. AMTE could provide support (e.g, some sort of database or networking system) so that math teacher educators would have some place to communicate about, organize, search for, etc. tools  they need or want to share with their colleagues across the country or beyond. The strategic priority might be: Create a shared network of research-based and practice-based tools of innovative work.