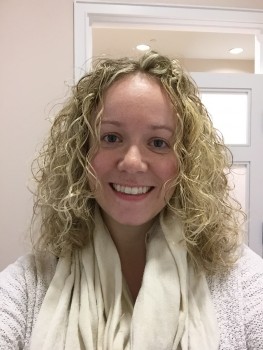 In an effort to enrich her students’ math experience she decided she needed to learn more about math instruction. She felt there had to be more to teaching math than what she knew and sought a program that would support her in this work. She discovered a math leadership program at Bank Street College that intertwines developing teachers’ math instructional skill with leadership skills.

One of Kathryn’s most enriching experiences so far in her program at Bank Street has been an action research project she undertook during the 2015-2016 school year. Through this project, Kathryn explored how asking open-ended questions in math would influence her instruction. She learned about the importance of student discourse and teachers as facilitators in math. This research has greatly influenced her development as a math teacher. She is grateful for the AMTE scholarship, which will allow her to complete her studies at Bank Street in July 2017 and graduate the following May with a Master of Science in Education degree and a specialization in mathematics and leadership.