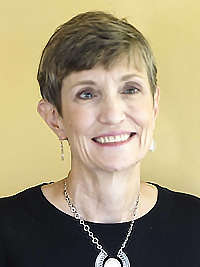 Dr. Smith has authored or coauthored over 90 books, edited books or monographs, book chapters, and peer-reviewed articles. She was a member of the writing team for Principles to Actions: Ensuring Mathematical Success for All and she is a co-author of two new books (Taking Action: Implementing Effective Mathematics Teaching Practices in Grades 6-8 & 9-12) that provide further explication of the teaching practices first described in Principles to Actions.

She was a member of the Board of Directors of AMTE (2001-2003; 2003 -2005), of the National Council of Teachers of Mathematics (2006-2009), and of Teachers Development Group (2009-2017). In 2006 she was selected to receive the Chancellor’s Distinguished Teaching Award given annually to honor outstanding faculty at the University of Pittsburgh. In 2009 she received the award for Excellence in Teaching in Mathematics Teacher Education from AMTE. In 2010, she received the Susan Loucks-Horsley award from the National Staff Development Council in recognition of her efforts to promote professional learning in mathematics. She was the founding editor of the Mathematics Teacher Educator, which is co-published by NCTM and AMTE.

A Mathematics Teacher Educator’s Journey: Responding to An Evolving Field

In this talk I will identify key events in mathematics education over the past three decades, discuss how these events helped shape and change the field, and describe how one mathematics educator responded to these changes.