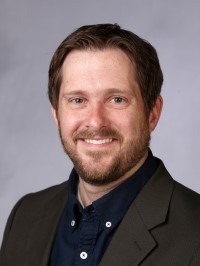 Participation in AMTE and/or AMTE Affiliates(s)

Recently, the past years have been exciting for me as I served as a member of the writing team for the AMTE Standards for Preparing Teachers of Mathematics. Additionally, I had the pleasure of serving on the Standards Dissemination Task Force (2017-2018).

During each of these opportunities I have had to serve AMTE, I have been continually reminded of the wonderful colleagues I have met and had the pleasure to work with throughout my time in the organization.

Qualifications for the Position

The Board seeks a person for this position who can support the financial specialist, but more than that, this person would be responsible for helping to set the big picture vision for how fiscal matters are handled within AMTE.

I believe that my experiences within AMTE, as well as other organizations has provided me with a broad perspective across the various communities within mathematics education. In particular, I believe my experiences with the NCTM PDSC envisioning the Innov8 conference, as well as my work with the NCSM PLC app provides me with forward-thinking perspectives that would be beneficial when working with the Board to think through fiscal matters.

Goal 2: Engage other Teacher Education organizations to broaden the potential reach of the SPTM. As part of the SPTM dissemination task force, I presented on the SPTM at the annual Association of Teacher Educators conference. This was an eye-opening experience in that I had to delve into ATE standards and provide my perspective on where I believe the SPTM supports, and brings more specificity to the ATE standards. It seems that AMTE is in a historically unique position to use the SPTM, and our journal outlets, to take a lead within the broader teacher education community with respect to what we value as a mathematics education community. Perhaps such work can also help us think about the ways in which we are mathematics teacher educators, and how those ways may differ or be similar to any ways in which we view our work as educating teachers of mathematics.