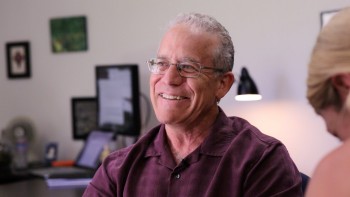 Reflecting on My Recent Meeting with CBMS

The travel responsibilities of the AMTE President include attending one May and one December meeting each year of the Conference Board of the Mathematical Sciences (http://www.cbmsweb.org). CBMS is an umbrella organization comprised of seventeen professional societies devoted to increasing or disseminating knowledge in the mathematical sciences, and organizations such as NCTM, NCSM, TODOS, MAA, AMS, SIAM, AMATYC, ASA, and AMTE are included and send their presidents and executive directors to the full-day meetings.

At the recent May 2017 CMBS meeting, Karen Saxe, the Associate Executive Director and Washington Office Director of the American Mathematical Society (AMS), provided a White House update. She reported that the White House is very interested in K-12 STEM education and they welcome some “incubator ideas” or a few well-summarized solid priorities. On the surface this would appear to be positive to those of us committed to work in STEM and we certainly applaud the possibility of hearing from people who, in the past, may not have been invited to the table. On the other hand, two challenges are introduced with this administration’s commitment. First, the administration is selective about to whom they want to listen. Several of the organizations represented at CBMS reported having tried, but failed, to make the kind of fruitful connections with this administration that they have established in the past. Second, because the administration has been slow to fill positions and lacks the staff to carry out the work, the administration is underserved in expertise by which to consider ideas and chart new directions. Organizations are trying to speak to this lack of STEM expertise in the current administration, and, for example, AMTE just added its name to the list of endorsers of a letter to President Trump urging the administration to appoint a presidential science advisor and other senior officials within the White House Office of Science and Technology Policy (OSTP).

What are we to do? One point of discussion during the CBMS meeting was to consider the message we would convey were we to have access to someone within the administration who has influence in the STEM conversation, and we came up with three talking points that I am sharing in the event that one of you finds yourself in a position to make a difference.

The overall context for these ideas might be situated in the question: How will the United States create and sustain a competitive edge well into the 21st century?

1) Who should be learning mathematics? This question addresses the need for all of our preK–12 students to have access to solid mathematics learning.

2) What mathematics must we teach? This question is about curriculum and raises the need to enhance instruction so that preK–12 students develop critical mathematical practices, including critiquing the reasoning of others or looking for and making use of structure. This question also addresses the need for students to learn content that was often overlooked in the past, including mathematical modeling and statistics.

3)  How do we support mathematics teachers in the U.S. and what role does teacher education play in preparing teachers who are able to continue to learn from teaching? This question addresses the critical need for sustained professional development for teachers, as well as for offering effective teacher preparation programs, and we can turn to AMTE’s new Standards for Preparing Teachers of Mathematics!

As we move forward in our work, I urge all of us in the AMTE community to look for opportunities to connect with government officials, be they at the local, state, or national level. We are living in unusual times and we must be prepared to respond in unusual ways.